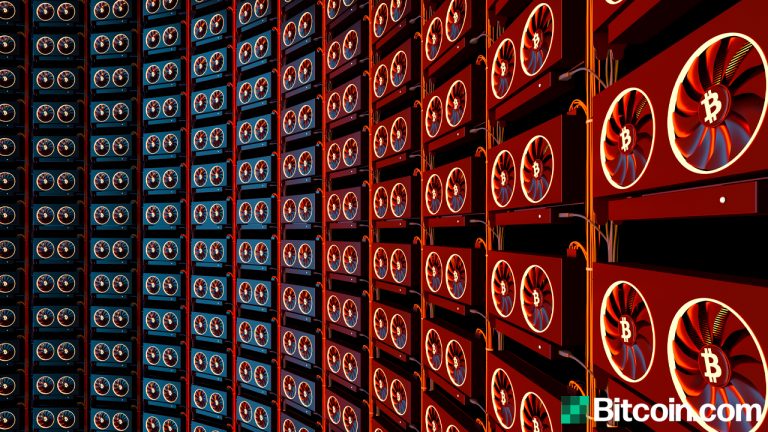 The publicly listed Canadian bitcoin mining operation Bitfarms has announced the firm is purchasing 48,000 Microbt Whatsminer mining rigs in order to expand capacity. Bitfarms highlights the acquisition of new miners will up the company’s hashpower by approximately 5 exahash per second (EH/s).

The Canadian bitcoin (BTC) mining company Bitfarms (TSXV:BITF, OTC:BFARF) announced on Tuesday the company has entered an agreement where it plans to purchase 48,000 mining rigs manufactured by Microbt. The China-based firm Microbt is the manufacturer of Whatsminer devices, which are some of the most powerful application-specific integrated circuit (ASIC) machines in the world. For instance, the company’s Whatsminer M30S++ is the most-profitable SHA256 ASIC miner on the market today according to current data.

Bitfarm’s announcement on Tuesday explains that Microbt has become the firm’s “supplier of choice.” During the last eight months, Bitfarms said it acquired 12,000 machines from the Chinese mining rig manufacturer. Bitfarms stressed that the firm expects the mining rig shipments to begin “on or before January 2022.” “The miners will be installed at our existing and new facilities which are currently in development,” the company said. Microbt said the mining manufacturer looks forward to providing the 5 EH/s worth of miner to Bitfarms.

“We are very excited to enhance and expand our partnership with Bitfarms,” Vincent Zhang, Microbt’s global sales director said during the purchase announcement. “The miners to be supplied to Bitfarms are very reliable and stable. These miners will generate tremendous value to Bitfarms in its mining operations and [to] its investors,” Zhang added.

Bitfarms CEO Alludes to the global Shortage of Semiconductor Wafers

Furthermore, the CEO of Bitfarms, Emiliano Grodzki, explained the acquisition helps during a time of excessive demand for ASICs.

“The supply of miners will be one of the greatest challenges for the foreseeable future due to a global shortage of wafers used to create semiconductor chips which is a vital component in mining rigs,” Grodzki detailed. “Our strategy will be to continue to grow our own infrastructure and professional operations and conduct mining in our own facilities which increase operational efficiency and profitability,” he added.

News.Bitcoin.com reported last week that Chinese mining manufacturers are hard-pressed from demand and nearly every manufacturer of next-generation rigs are completely sold out. Even the Bitfarm announcement itself notes that delivery is slated for at least by or in January 2022 and “the final mining rigs expected to arrive in December 2022.” Many publicly listed mining firms have leveraged their massive buying power in order to procure ASIC mining rigs in advance.

Moreover, Bitfarm’s 48,000 Microbt Whatsminer rig purchase, is the second-largest mining acquisition since Marathon Patent Group settled a record-breaking purchase for 70,000 high-performance Bitmain Antminer S19s at the end of 2020. Bitfarm’s deal announcement with Microbt did not disclose a dollar-purchasing amount for the 48,000 miners. Marathon did disclose in December that it spent $170 million in its agreement with the Chinese mining rig manufacturer Bitmain.