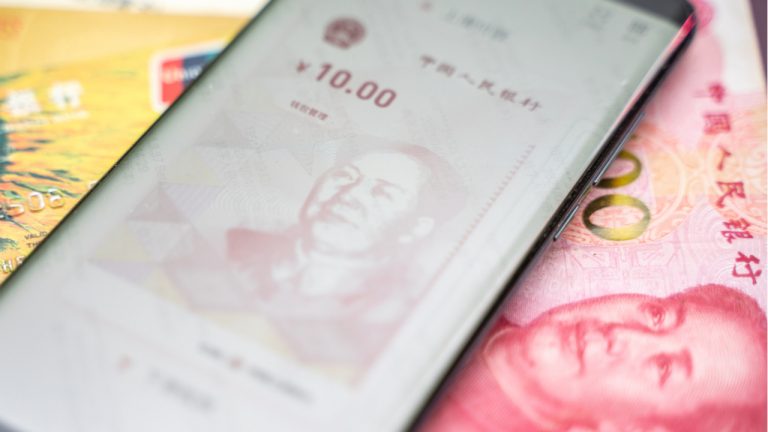 The Chinese government is taking its digital yuan test one step further. Now, 10 million users will be able to test and use the currency after applying to join a whitelist in selected state banks. This new phase of the test aims to detect possible problems in a more broad testing environment. China is preparing its user base and its digital yuan technology to be used in the upcoming 2022 Winter Olympics.

The government of China is expanding the testing of its CDBC. According to reports from an officer of the People’s Bank of China, it opened a whitelist to further experiment with the digital yuan. Citizens interested in being part of this initiative can request their inclusion in this new trial phase at selected state banks. More than ten million citizens are already on this whitelist, said Fan Yifei, deputy governor of the People’s Bank of China.

However, the extent of this test and how the digital yuan will be distributed have not been clarified. While the digital yuan has been tested in several cities, its acceptance is still far from being ubiquitous. China is ramping up the volume of users and currency in these tests, intending for the digital yuan to be used in the next Winter Olympics. Fan Yifei stated:

We have the confidence to continue increasing the scope of the trials.

This whitelist program is just the latest of the stages that the People’s Bank of China has executed. Earlier last month, Beijing and Shanghai started giving away red envelopes of digital yuan to their citizens. These two cities will give out more than 500,000 red envelopes. However, these tests might not be getting all the attention the government wants. According to some reports, people are hesitant to switch from known payment methods to the digital yuan.

As a consequence, the government of China is moving to clean house. A ban on cryptocurrency mining and trading is now in effect in several key provinces. Yunan, Sichuan, Qinghai, and Inner Mongolia have ousted miners from their territories. This gave rise to a mining exodus that is affecting the operation of the Bitcoin blockchain.

Also, the government has acted against established companies involved in the cryptocurrency business. This is the case of Beijing Qudao Cultural Development, a company that was shut down for its alleged participation in providing software to facilitate cryptocurrency transactions.

What do you think about the expansion of the digital yuan tests? Tell us in the comments section below.