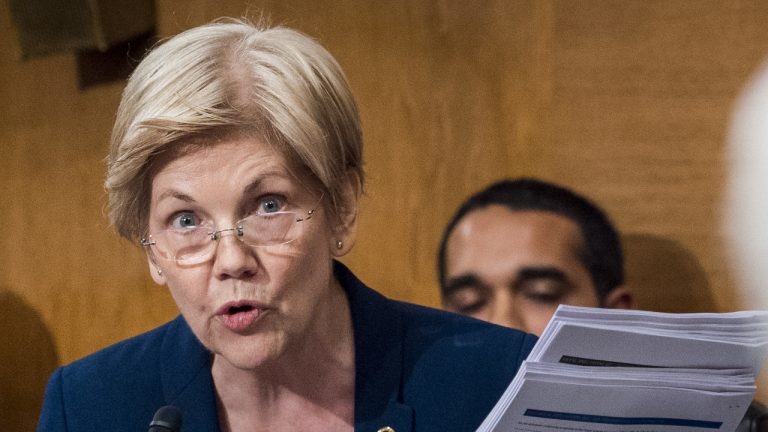 U.S. Senator Elizabeth Warren has warned of the growing risks of cryptocurrency trading. She recently called on the U.S. Securities and Exchange Commission (SEC) to “use its full authority to address these risks,” adding that “Congress must also step up to close these regulatory gaps.”

US Senator Warren Presses SEC to Step Up Crypto Oversight

U.S. Senator Elizabeth Warren, who chairs the Senate Banking Committee’s Subcommittee on Economic Policy, warned Thursday of the growing risks posed by the cryptocurrency market. She also blasted the SEC for the lack of crypto regulatory oversight.

“While demand for cryptocurrencies and the use of cryptocurrency exchanges have sky-rocketed, the lack of common-sense regulations has left ordinary investors at the mercy of manipulators and fraudsters,” the senator was quoted by Reuters as saying. She elaborated:

Senator Warren also sent a letter to SEC Chairman Gary Gensler on Wednesday, raising concerns about the risks in the crypto market. She emphasized that cryptocurrency trading platforms lacked the same basic protections as traditional exchanges. The senator cited Federal Trade Commission (FTC) data showing that nearly 7,000 people reported a combined $80 million in losses from cryptocurrency scams in the six months to March.

Gensler, the MIT professor who taught classes on crypto and blockchain, was confirmed as the new SEC chairman in May. Has previously said that cryptocurrency exchanges needed more regulation but has yet to propose new rules. “This is a quite volatile, one might say highly volatile, asset class, and the investing public would benefit from more investor protection on the crypto exchanges,” he said in May.

Warren asked Gensler to outline how cryptocurrency exchanges may be undermining the SEC’s mission, whether additional investor protections were needed, and whether international regulatory coordination was required. She stressed:

The lack of regulation to provide basic investor protections is unsustainable.

Senator Warren told Gensler that she needed answers from him by July 28 on the SEC’s authority to protect consumers investing and trading in cryptocurrencies, and determine what future congressional action was needed.

What do you think about Senator Elizabeth Warren’s action regarding crypto regulation? Let us know in the comments section below.