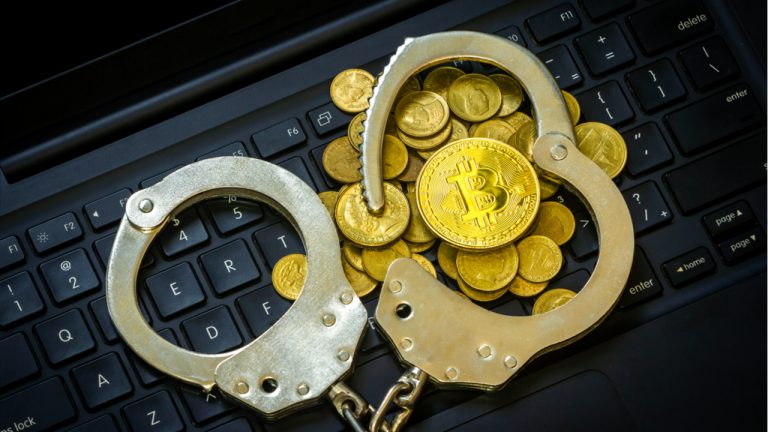 Claudio Oliveira, owner of the Bitcoin Bank in Brazil and known as the ‘King of Bitcoin,’ was arrested yesterday for his alleged participation in a fraud scheme involving $300 million. According to inquiries from federal authorities, Oliveira faked a Bitcoin hack back in 2019 in which his company lost a significant amount of bitcoin. More than 7,000 customers lost their funds in this fake hack.

‘King of Bitcoin’ Apprehended in Brazil

The Federal Brazilian Police apprehended Claudio Oliveira yesterday for his supposed involvement in a $300 million fraud scheme. Oliveira, who owned the Bitcoin Bank, reported a bitcoin hack on his company back in 2019. But according to police investigations, this was a staged crime to cover the withdrawal of these cryptocurrencies. Brazilian police also seized eight luxury cars and jewels.

Operation Daemon, which cracked down on the Bitcoin Bank scheme, resulted in the arrest of four more individuals. The police searched 22 locations in one of the biggest operations against a cryptocurrency organization in the country. 90 police officers participated in the sting.

The police organized this task force after the Bitcoin Bank failed to collaborate in the investigations of the alleged fake Bitcoin hack. While the authorities investigated the crime, the organization received a judicial order allowing them to keep operating. Oliveira is now facing charges of embezzlement, money laundering, criminal organization, and crimes against the national financial system.

Bitcoin Bank Had a ‘Private Blockchain’

The police found that the Bitcoin Bank was running a so-called private blockchain. If the customers deposited their funds, the system faked operations that showed customers making gains on arbitrage. But the funds going in and out showed inconsistencies with audits made to the system by forensic investigators. After the seizure, Federal Police took ownership of the cryptocurrency accounts managed by the Bitcoin Bank. However, they claim there are not enough funds to pay all creditors.

This alleged Ponzi scheme affected more than 7,000 investors, including employees and service providers from the group. However, this is not the first time Oliveira has had a run-in with justice. The King of Bitcoin committed crimes of the same nature in the U.S., according to Brazilian investigators. Also, Oliveira committed embezzlement and document forgery in Switzerland back in 2000.

What do you think about the alleged $300 million fraud operated by the King Of Bitcoin? Tell us in the comments section below.