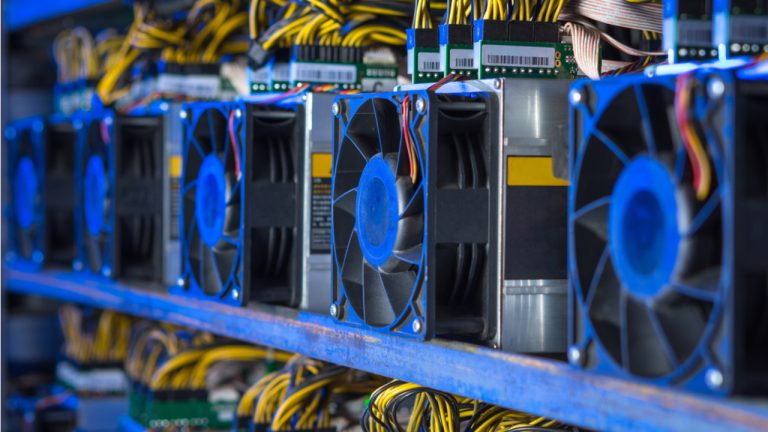 Law enforcement officials in Ukraine have closed down a cryptocurrency mining farm that was minting digital coins using stolen electricity. The facility had more than 150 mining rigs that have been confiscated during a raid in Chernihiv region.

Authorities in Ukraine Seize Over 150 ASICs From Crypto Mining Farm

The Security Service of Ukraine (SBU) has uncovered and shut down a crypto farm that was operating illegally in Chernihiv Oblast, in the north of the country. The unidentified owners had illegally connected the facility to an electrical transformer substation of the region’s power network, Forklog reported.

The mining farm had 150 ASICs running on stolen electricity. They were seized by SBU agents during a search along with other auxiliary equipment. The mining hardware was installed in rented warehouses and burned energy for an estimated 3 million Ukrainian hryvnias, or almost $110,000, in just two months.

According to the law enforcement agency, the substation to which the miners were connected provides power to the ambulance service in Nizhyn, the city’s water utility company and other important facilities. Part of the region could have been left without electricity, SBU noted, elaborating that the mining farm could have caused emergencies and supply interruptions.

The operators of the illegal mining facility reportedly tried to hide the theft from the local power utility, installing specialized equipment allowing them to lower the meter readings. The investigation into the case continues.

Ukraine’s security service has been quite active in the crypto space recently and this isn’t the first mining operation that has been targeted this year. In early June, the SBU found a crypto farm illegally connected to the power grid in Dnipropetrovsk Oblast. According to a press release, agents confiscated 350 mining rigs that utilized over $70,000 worth of unpaid electricity in three months.

Cryptocurrencies are yet to be regulated in Ukraine, a country that has been ranked among the world’s top adopters. However, authorities in Kyiv are still mulling over the proper regulations for the growing industry.

An updated bill “On Virtual Assets” was recently put forward by the parliament’s Digital Transformation Committee. It should be adopted this summer but financial regulators, including the National Bank of Ukraine, have insisted on further revisions of the draft.

What future do you expect for cryptocurrency mining in Ukraine? Tell us in the comments section below.