Venezuela to Slash Six Zeros From Its Currency to Facilitate Payments

Venezuela to Slash Six Zeros From Its Currency to Facilitate Payments 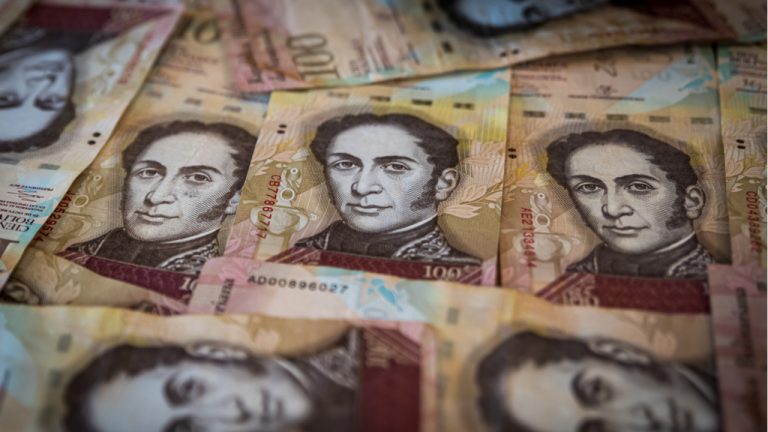 The government of Venezuela is considering a new redenomination of its fiat currency. The proposal that is under study would cut six zeroes from the inflation-affected Bolivar. This would aid companies in processing taxes and provider payments that are absurdly complex with today’s numbers. However, the dollar is the predominant coin in retail payments in Venezuela, according to consulting firms.

Venezuela to Redenominate Its Currency

The government of Venezuela is studying a mathematical redenomination of its currency, the sovereign bolivar, to simplify payments for big companies. This redenomination would slash six zeros, making it easier to calculate payments now reaching high sums. While there has not been an official announcement yet, Bloomberg reported this subject was commented on by three people with knowledge of the matter.

The new measure comes to aid companies who had to make big payments in bolivars. This would also aid consumers paying in bolivars using POS terminals, who now have to swipe their cards several times due to system limits. However, this measure shows the government has failed in controlling inflation and devaluation of the currency. The bolivar now trades at approx. 3,200,000 VES per dollar (or 3.2 redenominated VES per dollar).

Most of the payments in the country are now digital, so the government would not have to print many bills to substitute the amount of cash present in the market. According to some estimations made by Econometrica, a national consulting agency, only 1.9% of the money in the Venezuelan system is cash. The highest note has a value of 1,000,000 VES, or about $0.30, and is only useful to pay for bus fares.

Not the First Time

This is not the first time Venezuela’s central bank will have taken such a measure. In fact, citizens have already gone through this process twice. The first event of monetary reconversion happened in 2008, and it slashed three zeros from the bolivar. At that time, the country was in a very different situation, with interannual inflation of only 20.44%.

The second conversion was applied not so long ago, in 2018, and it deleted five zeros from the currency. This time, Venezuela was in dire straits, facing a hyperinflationary process and the start of sanctions that would impact economic development. Around that time, the government launched Petro, its official cryptocurrency, as an attempt of countering this situation.

This means that in less than 15 years, Venezuela will have slashed 14 zeroes off of its currency. But, without any effective measures to counter inflation, this only serves as a bandaid for some citizens affected by the current situation.

What do you think about the latest fiat currency redenomination in Venezuela? Tell us in the comments section below.