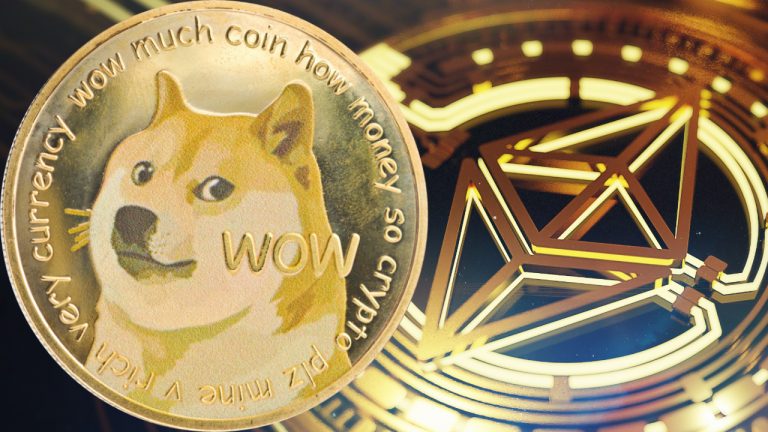 Tesla CEO Elon Musk said he “pretty much” agrees with Ethereum co-founder Vitalik Buterin about a collaboration between Dogecoin and Ethereum. Buterin said: “if we can have a secure Doge-to-Ethereum bridge. That would be amazing.”

Ethereum co-founder Vitalik Buterin talked about a potential collaboration between Ethereum and Dogecoin in an interview with AI researcher Lex Fridman last week.

Referring to the Tesla and Spacex CEO repeatedly tweeting about dogecoin, Fridman said, “There’s a power behind someone like Elon Musk pushing the development of a cryptocurrency.” He then asked Buterin, “is there a way to leverage that power and momentum to improve Ethereum?” Buterin said:

If DOGE wants to somehow bridge to Ethereum, and then people can trade DOGE thousands of times a second inside of loopring, then that would be amazing.

“I definitely don’t think Ethereum is opposed to dog coins,” the co-founder emphasized. “I kind of want the fans to feel like Ethereum is, at least a little bit, in spirit itself a dog coin.”

He elaborated: “I think if we can have a secure Doge-to-Ethereum bridge. That would be amazing, and then when Ethereum gets any scalability that works for Ethereum assets, you would be able to trade wrapped DOGE with very low transaction fees and very high speed as well.”

Commenting on Musk’s action to support dogecoin, Buterin said: “You would make a mistake if you were to ascribe too much sophisticated malevolence or any deep intentionality to the whole process. He’s just a human being, and he likes dogs just like I like dogs.”

Musk then commented on the interview, tweeting:

I pretty much agree with Vitalik.

Ethereum is currently undergoing an upgrade transitioning from a proof-of-work (PoW) consensus model to a proof-of-stake (PoS) model. Buterin recently explained why the upgrade is taking longer than expected.

“One of the biggest problems I’ve found with our project is not the technical problems, it’s problems related with people … Ethereum is now in a better economic position, but it took us five years to get to where we are now. We have a lot of internal team conflicts in these five years. If you are building a team, it is important to know who you are working with,” the Ethereum co-founder described.

Do you think Ethereum and Dogecoin should collaborate? Let us know in the comments section below.