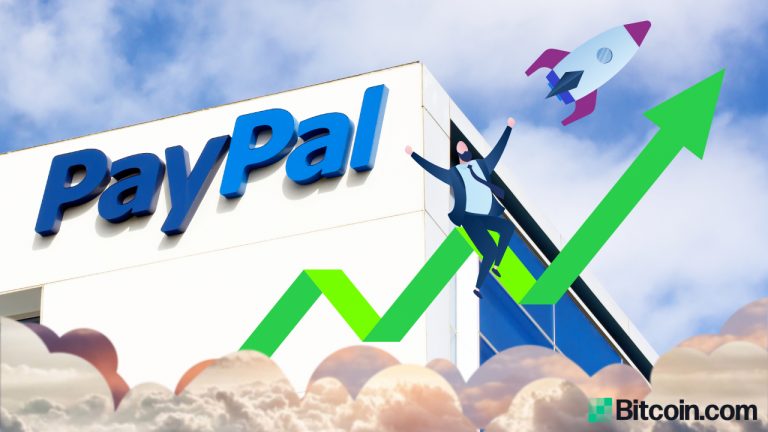 The CEO of Paypal has revealed that the company’s cryptocurrency business is showing “really great results.” The first quarter was Paypal’s best quarter ever overall and the strongest year in the history of the company, the CEO emphasized.

Payments giant Paypal reported its first-quarter earnings Wednesday. During the company’s earnings call, President and CEO Dan Schulman said his company “generated $6.033 billion of revenue in Q1, growing a record 31% spot and 29% on an FXN basis.” He said this is the strongest year in Paypal’s history and Q1 was the “strongest quarter ever with record financial and operating results.”

He also noted that Venmo continued its strong performance in Q1 with $51.4 billion of total payment volume, up 63% year over year. The executive reiterated that the company “launched the ability for Venmo customers to buy, sell, and hold cryptocurrencies” during the quarter.

“Both cryptocurrencies and central bank-issued digital currencies can play a critical role in shaping a more inclusive recovery and a more equitable financial system,” Schulman said. “Our leadership in all forms of digital currency has been widely embraced, enabling numerous positive conversations with central banks, regulators, and government officials around the world.” He also confirmed that Paypal closed its acquisition of Curv last month.

We’ve got a tremendous amount of really great results going on tactically with our cryptocurrency efforts right now. And we’re excited about those.

The CEO further revealed that “About half of our crypto users open their app every single day.”

The Paypal president continued: “Obviously, if you look at again surveys that have come out recently and you look at millennials, something like 74% of them anticipate that they’re going to use crypto in the next year or two in some way. Business profiles growing above plan. We’re going to be introducing things like goods and services by our protection.”

He proceeded to talk about the company’s new digital wallet, which he described as “an all-in-one personalized app that will empower our users to make the most of their money and strengthen their financial lives every day.”

Noting that “We expect to roll out our next-generation digital wallet in Q3,” the CEO detailed that “Over the coming year, we will accelerate our customers’ digital engagement through the rapid innovation of our digital wallet and merchant commerce platform.”

What do you think about the Paypal CEO’s comments about cryptocurrency? Let us know in the comments section below.