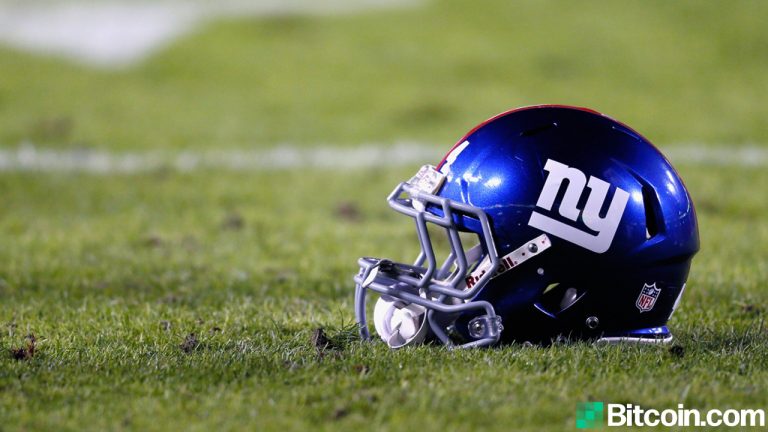 Following a number of NBA teams getting in on crypto-asset acceptance and partnering with crypto companies, Grayscale Investments has revealed a partnership with the NFL team the New York Giants.

Grayscale, a crypto asset manager with over $46 billion in assets under management (AUM) will join the Giant’s list of corporate sponsors. Additionally, Grayscale will provide the Giants a service by becoming the team’s official digital currency asset management partner.

Grayscale CEO Michael Sonnenshein explained during the announcement that the company’s origins are tied to New York. “Our partnership with the Giants is incredibly meaningful because our roots are in New York,” Sonnenshein said.

“We’re excited to partner with such a forward-thinking franchise, to work together on philanthropic initiatives, and to continue to support the New York metropolitan community,” Sonnenshein added.

Grayscale’s partnership with the NFL team follows the recent deal FTX Exchange made at the end of March. FTX won the rights to rename the NBA’s Miami Heat arena to “FTX Arena.” The deal to rename the Miami arena cost FTX around $135 million, reports disclose.

Crypto Manager to Work With the Giants Foundation

“Grayscale will also be a Presenting Home Game Sponsor, a Supporting Sponsor of Giants Training Camp, and will host voluntary, educational seminars on cryptocurrencies for Giants personnel each year,” the announcement notes.

The New York Giants Chief Commercial Officer Pete Guelli detailed that the team is looking forward to the partnership with the crypto asset manager. Moreover, Guelli said that the company aligns with the Giants’ brand.

“During our extensive evaluation of the space, we determined that we not only wanted a partner that understood the value of aligning with the Giants brand, but also could guide us in navigating the cryptocurrency ecosystem,” Guelli said.