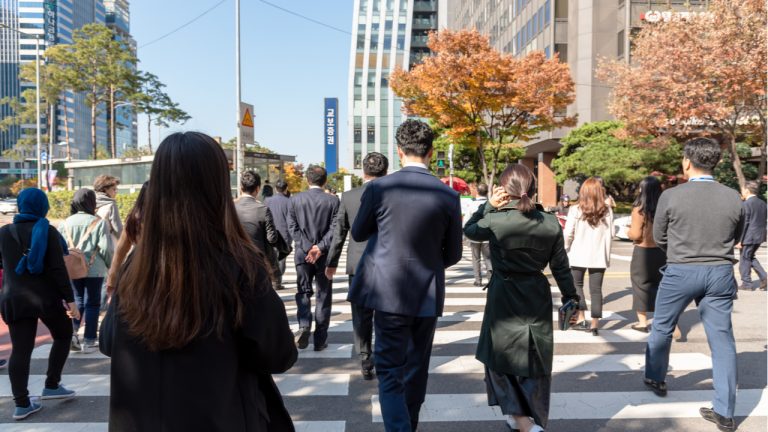 South Korea’s crypto-sphere has been witnessing a volatile environment in terms of regulatory moves, as bitcoin prices and other altcoins are also having wild moves. Such a scenario hasn’t stopped the country’s middle class to profit from the crypto market, even with very successful stories.

One of the Interviewees Risked His Life Savings in Cryptos

According to a report published by TV network JTBC, employees from major companies such as Shinhan Card, Samsung, and LG Electronics claimed they collected enough profits to quit their jobs.

Testimonies featured in the video report show that the individuals managed to collect millions of dollars worth of cryptos.

One of them, a former Shinhan Card worker, told JTBC that he managed to gain almost 3 billion won ($2.7 million) but clarified that he took a high-risk move by achieving such astonishing profits.

In fact, he invested his life savings and some loans onto crypto trades, and after he earned the millionaire amount in profits, he quit his job role at Shinhan Card last month. Interestingly, he became a full-time Youtuber to feature his success on crypto investments.

But his story is far to be the most successful one featured in the report.

Another of the former workers interviewed by JTBC, who was part of the staff at Samsung, claimed to have earned around 40 billion won ($36 million) in profits after investing just 50 million won ($44,670) worth in cryptocurrencies.

As a note, none of the above interviewees disclosed which cryptos they invested their money in.

However, a worker from the financial district of Yeoido – who didn’t disclose the name of the company – hesitated from investing in bitcoin (BTC) as she told JTBC that many people were investing in crypto. She claimed to have felt “anxious” about such kind of investment.

Bitcoin.com News recently reported that South Korea’s crypto market keeps booming across the board, as a study unveiled that domestic crypto investors transacted around $7 billion per day in the period ranging from January 1 to February 25, 2021.

What do you think about this report on the South Korean middle class making astonishing profits from cryptos? Let us know in the comments section below.