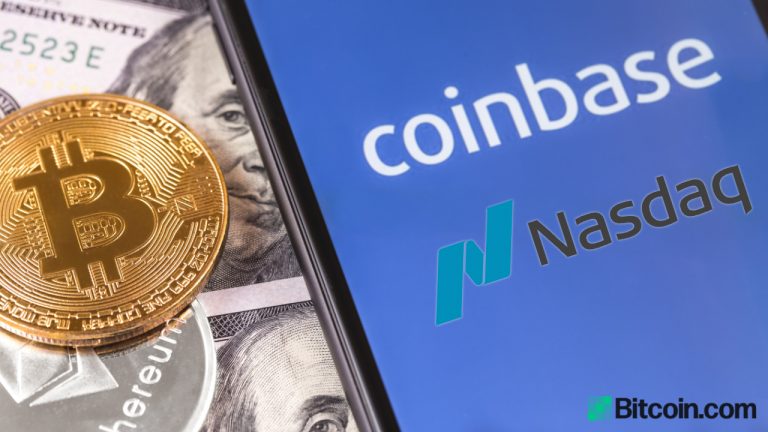 Coinbase’s IPO via a direct listing on Nasdaq is today. Nasdaq has set a reference price of $250 for the stock which will trade under the ticker symbol COIN. Investors are describing Coinbase’s public debut as a “watershed” moment for the crypto industry.

Investors are eagerly waiting for Coinbase’s initial public offering (IPO). The company has chosen to go public via a direct listing on Nasdaq, which is different from a traditional IPO.

“The Class A common stock of Coinbase Global Inc. is expected to list on Nasdaq through a Direct Listing using the ticker COIN,” according to a notice issued by Nasdaq on Tuesday. It details:

As a Direct Listing, COIN will be in a regulatory halt until Nasdaq opens trading pursuant to the procedures described in Rules 4120(c)(8) and (9) and 4753.

Nasdaq explained that it has given the Coinbase shares a reference price of $250 “Because COIN has not had recent sustained trading in a private placement market.” This price would value Coinbase around $65.3 billion on a fully diluted basis, according to reports. Meanwhile, Coinbase’s implied valuation on the FTX exchange was almost $150 billion on Tuesday.

The reference price is not an offering price, Nasdaq further explained, adding that “nobody has purchased or sold shares at that price.” It added:

The opening public price will be determined based on buy and sell orders in the opening auction on Nasdaq.

This is Nasdaq’s first major direct listing, CNBC detailed, noting that the reference price reflects recent private market trades and input from investment bankers. The publication noted that in the five significant direct listings that took place on the New York Stock Exchange (NYSE) — Spotify, Slack, Palantir, Asana and Roblox — the opening price was on average about 37% above the reference price.

Coinbase released its preliminary first-quarter earnings results last week showing a ninefold revenue increase to $1.8 billion while net income jumped to between $730 million and $800 million from $32 million the previous year.

Many investors see the Coinbase public listing as a “watershed” moment for the cryptocurrency industry. Wedbush Securities analyst Dan Ives, for example, commented that Coinbase’s public market debut is “potentially a watershed event for the crypto industry and will be something the Street will be laser-focused on to gauge investor appetite.” The CEO of London-based crypto platform Luno, Marcus Swanepoel, described:

For one, it’s going to show just how big the industry is and how much it’s growing.

Will you be buying Coinbase’s shares? Let us know in the comments section below.