SEC Commissioner: Banning Bitcoin Is Like Shutting Down Internet — Government Would Be ‘Foolish’ to Try

SEC Commissioner: Banning Bitcoin Is Like Shutting Down Internet — Government Would Be ‘Foolish’ to Try 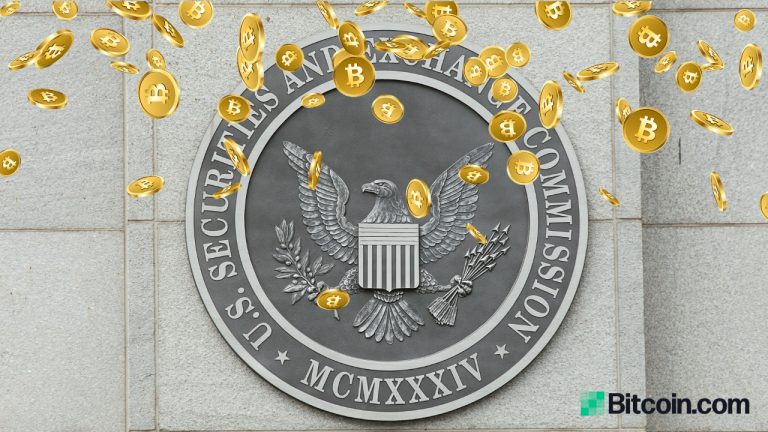 SEC Commissioner Hester Peirce compares banning bitcoin to shutting down the internet, stating that governments would be foolish to try. She also offers some insights into whether the SEC will approve a bitcoin exchange-traded fund (ETF) this year.

Governments Would Be Foolish to Try to Ban Bitcoin

U.S. Securities and Exchange Commission (SEC) Commissioner Hester Peirce shared her view of governments banning bitcoin and cryptocurrency regulation in an interview at Marketwatch’s Investing in Crypto event last week. She was also asked about the likelihood of the securities regulator approving bitcoin exchange-traded funds (ETFs) this year.

Peirce, sometimes known as “crypto mom,” has been pushing for the SEC to approve a bitcoin ETF for several years. She was asked during the interview whether banning cryptocurrencies is a possibility since some people still believe that governments can always ban bitcoin, including Bridgewater Associates founder Ray Dalio, The Big Short’s Michael Burry, and Ron Paul. The commissioner replied:

I think we were past that point very early on because you would have to shut down the internet. As I’ve said in the past, I don’t see how you could ban it … I think that it would be a foolish thing for the government to try to do that.

She pointed out nonetheless that governments “could certainly make the effort” to ban bitcoin or other cryptocurrencies. She explained that “A government could say it’s not allowed here but people would still be able to do it and it would be very hard to stop people from doing it.”

However, the commissioner stressed that there is “A bigger problem” in banning cryptocurrency, which “is that we would be missing out on the innovation around bitcoin and other digital assets if we decided to try to stop them.”

Will the SEC Approve Bitcoin ETFs This Year?

Commissioner Peirce was also asked if this year is the year the SEC will approve a bitcoin exchange-traded fund (ETF) as many investors are expecting. “That is the big question that everyone has,” she replied, adding that her answer is the same one that she’s had for the last three years, “which is I don’t know.”

She noted that the SEC is in a period of transition with a new chairman, Gary Gensler, likely to be confirmed in the next couple of weeks and likely to start shortly thereafter. “That will make a big difference in this question of whether and when an exchange-traded product gets approved,” the commissioner opined.

As for the bitcoin market, Peirce detailed:

In the three years that I’ve been at the commission, the market has matured tremendously. We are seeing a lot of institutional interest in the market. We are seeing sort of quasi exchange-traded products in it.

Peirce then pointed out that Canada has already approved some bitcoin ETFs. “You are seeing much more institutional involvement in the underlying market,” she noted, adding that these are “the type of things that might make us comfortable in terms of how that underlying market works.”

The commissioner emphasized: “The bitcoin market is never gonna look like an equity market, for example, so I think trying to impose that kind of a structure on the underlying market is inappropriate. That was what was hinted at in some of those prior disapprovals.”

Commenting on how other countries may be ahead of the U.S. in terms of innovation, Peirce said:

I think we are certainly behind the curve. We have seen other countries take a much more, I would say, productive approach to regulating crypto in the sense that it is not saying we shouldn’t have any regulations at all, they’ve just been saying let’s build a regulatory framework that works for crypto.

“Our approach has been much more of a ‘say no and tell people to wait’ approach,” she described. “So I think we really need to turn it around, be willing to work, to build a framework that is appropriate for this industry. I’m optimistic that with the new chairman coming in, who has deep knowledge of these markets, the crypto markets, that is something that we could do together, to build a good regulatory framework.”

Do you agree with SEC Commissioner Peirce that governments would be foolish to try to ban bitcoin? Let us know in the comments section below.