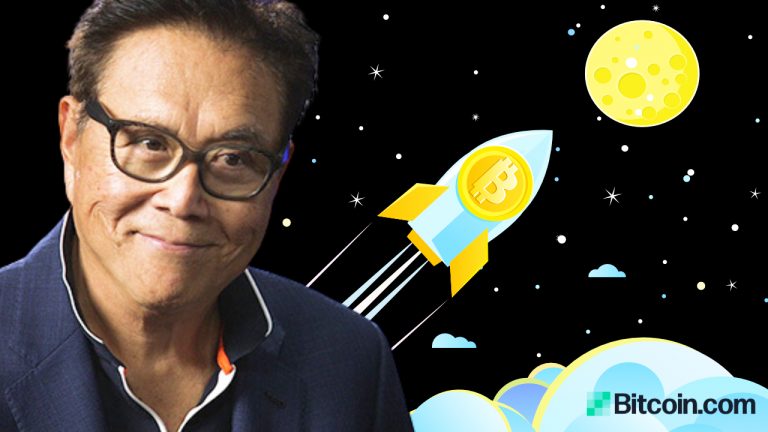 Robert Kiyosaki, the best-selling author of “Rich Dad Poor Dad,” has predicted that the price of bitcoin will increase to $1.2 million within five years. Kiyosaki revealed that he bought bitcoin at $9,000, adding that he may buy the cryptocurrency again “today or tomorrow just because I’m more bullish on it.”

Robert Kiyosaki has shared his prediction of how high he thinks bitcoin’s price would be. The Rich Dad Poor Dad author accurately predicted in December last year that the price of the cryptocurrency would reach $50,000 in 2021.

Rich Dad Poor Dad is a 1997 book co-authored by Kiyosaki and Sharon Lechter. It has been on the New York Times Best Seller List for over six years. Over 32 million copies of the book have been sold in over 51 languages across more than 109 countries.

Kiyosaki was asked in an interview with Kitco News last week if it is too late to buy bitcoin at the current price of between $50,000 and $60,000. Noting that “There is always the entry point,” the famous author proceeded to share: “I bought bitcoin at $9,000 and I thought I was being fleeced but the reason I bought it at $9,000 was because Covid shut down the world economy,” he said, adding that “I wish I bought it at 10 cents like a lot of people did.”

He continued, “But now I look like a genius,” given the price of bitcoin is currently around $60,000. He additionally pointed out that money printing by the government, excessive stimulus, and the devaluation of the U.S. dollar are what give bitcoin and gold their appeal. The Rich Dad Poor Dad author elaborated:

I think it’s going to $1.2 million in five more years.

Regarding his bullish BTC price prediction, he was further asked whether he thinks the government would intervene in one form or another. Several notable people believe that the government could take serious measures against cryptocurrency, including outlawing bitcoin, including Bridgewater Associates founder Ray Dalio, The Big Short’s Michael Burry, and Ron Paul.

“I think they [the government] will try,” Kiyosaki replied. “But, the problem is too big,” he exclaimed. “Our pensions are going bust. Baby boomers have no money. They shut down the economy. They’re gonna print … another $1.9 trillion. So, it has never worked. It’s Gresham’s law. Bad money drives out good money. So, when a guy like me gets my hand on bitcoin, I’ll never spend it.” He noted that as a real estate guy, like former President Donald Trump, when he needs money, he would borrow it and spend the “fake money.”

Kiyosaki also revealed that he may buy bitcoin “again today or tomorrow just because I’m more bullish on it.” However, he opined: “I’m not bullish on gold over bitcoin. I’m just bearish on Biden and his communist gang. That’s what I don’t like. I don’t trust the academic elite that’s called Bernanke and Yellen and now we have Powell. These guys are communists. They’ll print money. They’re central bankers.”

What do you think about Robert Kiyosaki’s bitcoin prediction? Let us know in the comments section below.