Boomers Next to Adopt Crypto, a Trillion Dollars Could Flow Into Bitcoin Over the Next Year, Says Novogratz

Boomers Next to Adopt Crypto, a Trillion Dollars Could Flow Into Bitcoin Over the Next Year, Says Novogratz 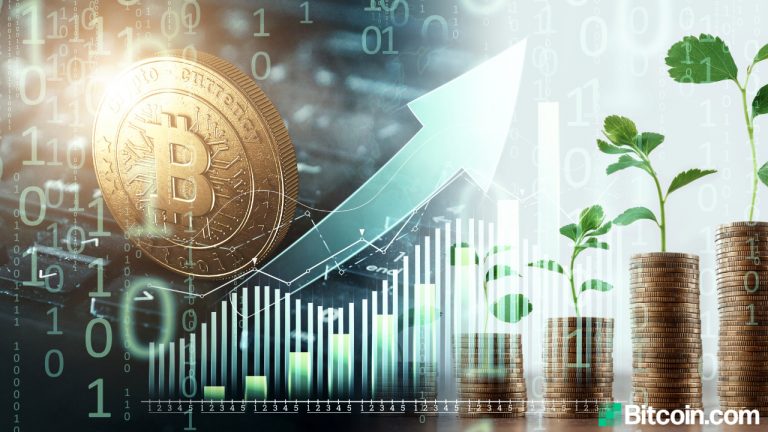 Galaxy Digital CEO Mike Novogratz has predicted that as much as a trillion dollars could flow into bitcoin over the next year as wealthy baby boomers get into cryptocurrency. With the example of Morgan Stanley, he says that more banks will start offering bitcoin exposure to their customers.

$1 Trillion Could Flow Into Bitcoin

Michael Novogratz, a longtime bitcoin bull and founder of Galaxy Digital, talked about the future outlook for bitcoin last week in an interview at Reuters Digital Assets Week. He explained that as cryptocurrencies become more mainstream, wealthy baby boomers will be the next generation to get into cryptocurrencies, elaborating:

It could be as much as a trillion dollars comes over the next year from that giant group of wealth.

Following the announcement by Morgan Stanley to offer access to bitcoin funds to its wealthy clients, Novogratz predicted that other major banks and trading platforms will follow suit. This will likely spark the rush from wealthy baby boomers, he opined.

With the new offering, Morgan Stanley will become the first big U.S. bank to offer bitcoin investments to wealth management clients. Two of the three bitcoin funds that will be offered initially are by Galaxy Digital: the Galaxy Bitcoin Fund LP and the Galaxy Institutional Bitcoin Fund LP. Commenting on the move by the major investment bank, Novogratz said:

The money will start coming in early next month.

The Galaxy Digital executive is not the only one expecting a flood of investments from baby boomers. Recently, JMP Securities predicted that about $1.5 trillion could flow into bitcoin from wealthy clients of investment banks. The firm based its projection on a modest portfolio allocation, citing that “Around $30 trillion of assets in the U.S. retail wealth management industry currently do not have direct access to bitcoin.”

As for whether bitcoin is becoming mainstream, Visa CEO Al Kelly recently said that he anticipates the cryptocurrency becoming “extremely mainstream” and his firm is already working to allow bitcoin payments at 70 million stores. Other companies, such as Goldman Sachs, are also seeing huge institutional demand for BTC while Deutsche Bank says the cryptocurrency is too important to ignore.

Baby boomers are those born roughly from the end of the second world war to the mid-1960s. They have been the main beneficiaries of massive stimulus packages that have pumped up asset values since the 2008-9 global financial crisis. A number of them see bitcoin as an asset that can significantly increase in value as well as one that can protect their savings from inflation spurred by massive money printing.

Noting that bitcoin works best as a store of value rather than a currency or a means of payment, Novogratz opined:

If you’re worried that the U.S. is printing too many dollars … you’re going to shift some of your savings into bitcoin.

Do you agree with Mike Novogratz about bitcoin? Let us know in the comments section below.