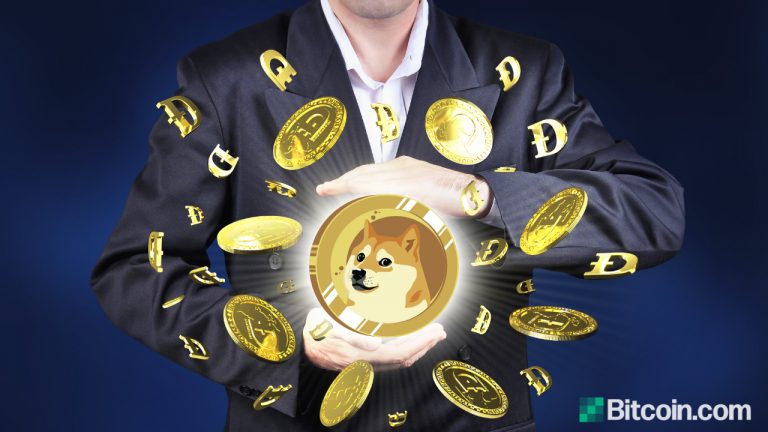 Crypto merchant service provider Bitpay has added dogecoin to its list of supported cryptocurrencies. One of its merchants, the Mark Cuban-owned Dallas Mavericks has become the first in the network to accept the meme coin. Meanwhile, a major crypto ATM operator Coinflip has made dogecoin available for purchase at its 1,800 crypto ATMs nationwide.

[Bitpay] today announced the rollout of dogecoin payments for merchants and consumers.

Dogecoin was started as an internet meme. However, it has grown to a near $10 billion market cap in recent months due to support from celebrities such as Tesla and Spacex CEO Elon Musk, Snoop Dogg, Gene Simmons, and Kevin Jonas.

Bitpay further revealed that “An early adopter of cryptocurrency, the Dallas Mavericks will be the first to accept dogecoin.” The Mark Cuban-owned team has been accepting bitcoin as a method of payment for game tickets and merchandise for almost two years.

Prior to the addition of dogecoin, Bitpay supported BTC, BCH, ETH, and XRP cryptocurrencies as well as USD coin, Gemini dollar, Paxos Standard, and Binance USD stablecoins. The announcement adds:

The owner of the Dallas Mavericks, Shark Tank star Mark Cuban, commented: “The Mavericks have decided to accept dogecoin as payment for Mavs tickets and merchandise for one very important, earth-shattering reason, because we can … We have chosen to do so because sometimes in business you have to do things that are fun, engaging and hopefully generate a lot of PR.”

For those who are not familiar with dogecoin and would like to learn more, Cuban advised, “we strongly encourage you to talk to your teenagers who are on Tik Tok and ask them about it. They will be able to explain it all to you.” Dogecoin has been pumped numerous times on several social media platforms, including Tik Tok. Spacex and Tesla CEO Elon Musk has also had his fair share of pumping the coin’s price with various tweets.

A growing number of cryptocurrency ATMs now support dogecoin. Coinflip, a major crypto ATM operator, announced Monday that dogecoin has now been listed on its 1,800-terminal network. Coinflip then confirmed Thursday that “you can buy DOGE with cash at any of our 1,800 Coinflip locations nationwide.” CEO Daniel Polotsky opined:

Given its growing popularity and recent mass adoption, we are dedicated to making sure that dogecoin is a part of our portfolio of coins, and encourage further support of this cryptocurrency in the coming months.

What do you think about the growing popularity of dogecoin? Let us know in the comments section below.